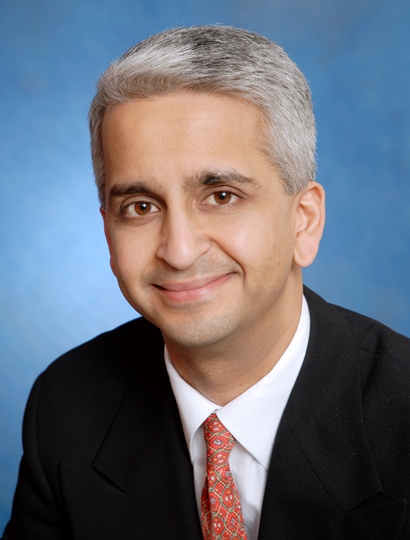 The International Centre for Sport Security (ICSS) has announced today that Sunil Gulati, President of the U.S. Soccer Federation and member of the FIFA Executive Committee, will give an exclusive, on-stage interview at Securing Sport – the leading international sport safety, security and integrity conference.

As one of the most prominent figures in U.S. Soccer over the last decade, Gulati will discuss and share his insights on the social impact, responsibility and legacy of sport – including one of the world’s most beloved sports, soccer – in a special one-on-one discussion with James Carville, American political strategist and commentator.

In its fifth year, Securing Sport will make its debut in the United States, taking place in New York City, November 3-4, 2015. The event will once again examine the biggest threats to the safety, security and integrity of sport and unite high-profile decision-makers, law enforcement officials and senior policy makers from the U.S. and around the world.

Ahead of his on-stage interview at Securing Sport 2015, Gulati said:

“In my role as President of U.S. Soccer Federation, I’ve come to see that, in many ways, professional-level sports – especially soccer – have faced challenges as they grow in popularity.

“But despite these challenges, there are a lot of lessons to be learned and sport organizations at all levels have an unprecedented opportunity to have international social and cultural impact, as well as steering the future of sport itself. It’s so important to have this conversation, and I look forward to joining the International Centre for Sport Security to discuss these issues and many more on November 4.”

“In this critical moment, it is an honour to have Sunil Gulati speaking at Securing Sport 2015. He will add his great depth of knowledge of sport’s role and impact in the United States from his roles within Major League Soccer and the US Soccer Federation, as well as his international experience with FIFA. Sunil brings not only significant expertise in professional sport operations, but also in global and sport economics, offering a unique perspective on the intersection of athletics, politics and finance in paving sport’s future.

“With many important topics set to be debated at Securing Sport 2015, I look forward to welcoming Sunil, as well as other leaders from around the world, for what will be a must-attend event that aims safeguard the future of sport for all.”

Mr. Gulati joins other leaders in the world of sports, governance, media and corporate relations