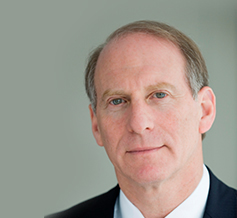 In its fifth year, Securing Sport will make its debut in the United States, taking place this year in New York City on 3-4 November. The event will once again examine the biggest threats to the safety, security and integrity of sport and unite high-profile decision-makers, law enforcement officials and senior policy-makers from the U.S. and around the world.

Ahead of his opening address at Securing Sport 2015, Richard Haass, President, Council on Foreign Relations said:

“As we have seen over recent months, many questions have been raised about the governance of world sport and the responsibility that sports organisations have to civil society.

“This is a defining era for many industries, including sport, and it is essential that all stakeholders, including sport governing bodies, governments, sponsors, as well as policy makers recognise that more consistent and coordinated international effort is required in the field of sport safety, security and integrity.

“Securing Sport 2015 will provide an important platform for high-level leaders from around the world to discuss the future of sport and I look forward to opening this landmark conference as well as sharing my views about the industry in New York later this year.”

For a full biography for Richard Haass, please click here.

Under the conference theme of “The Phenomenon of the Global Power of Sport”, Condoleezza Rice will also join the event and will share some lessons and experiences from her tenure as Secretary of State of the United States under President George W. Bush.

“At a time when governance issues, corruption and security threats in sport continue to dominate headlines around the world, I am delighted that two international heavyweights in the world of foreign policy have decided to speak at Securing Sport 2015.

“Both Condoleezza and Richard are high-profile figures that will add a wealth of insight and experience to the current debate about the future of sport. In addition, their involvement also underlines the growing attention that sport is receiving from some governments, as well as reinforcing the important role it plays in developing other areas of society.

“With many other important topics set to be covered at Securing Sport 2015, I look forward to welcoming Condoleezza, Richard as well as other leaders from around the world for what will be a must-attend event that aims safeguard the future of sport for all.”

Further details about Securing Sport 2015 speakers, will continue to be announced.