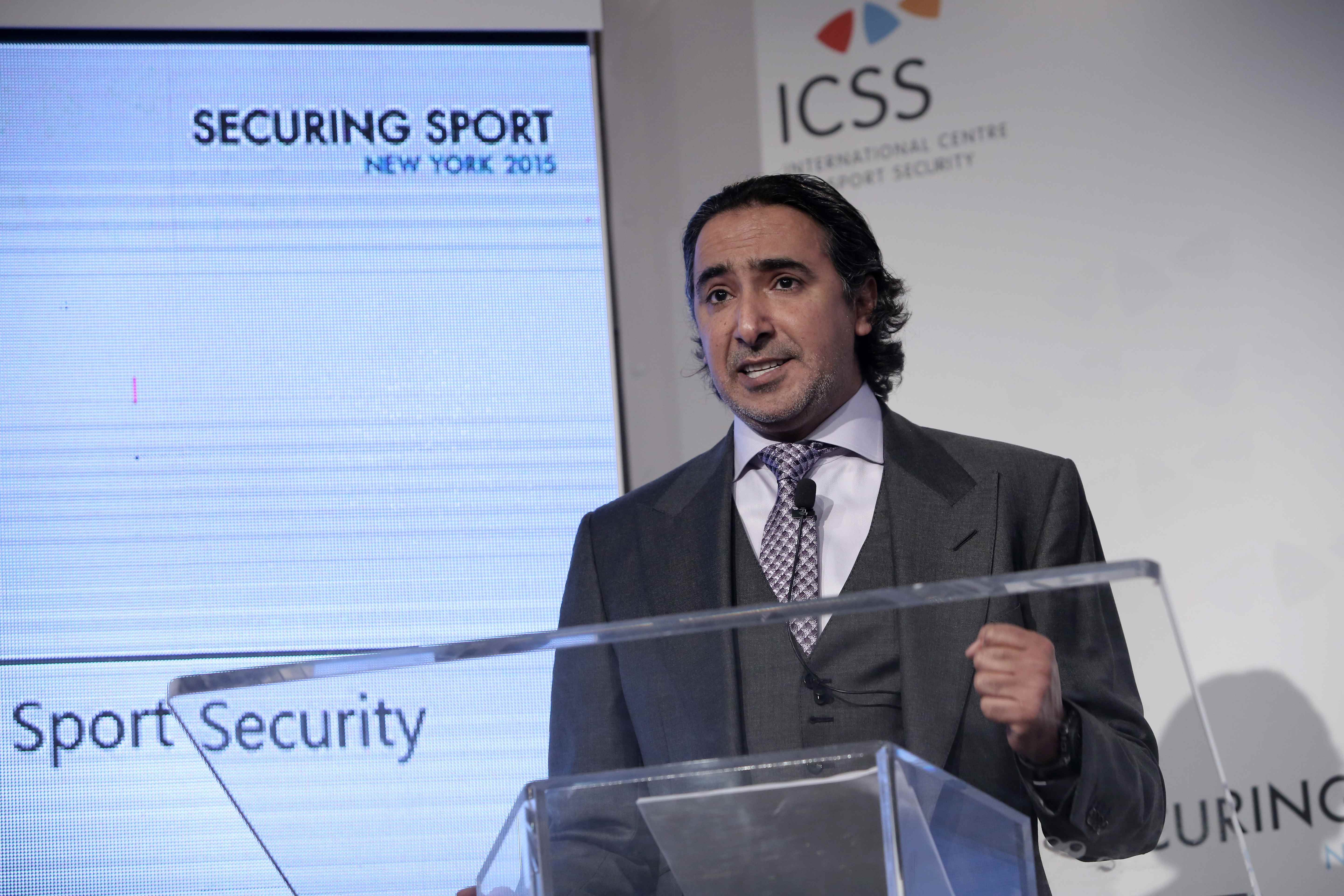 Speaking at the opening session of Securing Sport 2015 today, ICSS President, Mohammed Hanzab, urged organisations around the world to take serious and significant collective action to address the growing threat to sport from organised crime and called on governments and law enforcement agencies to be more accountable in protecting sport integrity.

With some of the world’s top international experts and decision-makers gathered in one room for the start of Securing Sport 2015, ICSS President Hanzab’s remarks reiterated the stark warnings made last year by the ICSS about the growth of organised crime in sport and the urgent need for a global and united response to protect sport.

“One year ago, I stood before you at Securing Sport 2014 in London, where I spoke of the pervasive and undeterred corruption that sport faced. I wish I could tell you that we have won, and that the fight is over. But I cannot. Corruption continues to spread throughout sport like a virus and continues to infect many different sports, leagues and federations around the world.

“As President of the ICSS, I believe that we can achieve this vision of a safe, secure and clean future for sport —but this can only happen if governments, international organisations and law enforcement agencies are willing to take serious and significant action.

“The time for quick fixes is now over and all organisations must unite to develop a more credible, holistic and global approach to sport integrity. Ministers, regulators and executives, as well as other individuals working in the industry must be held more accountable and responsible for the way they conduct their business. This simply must happen if we are to stop the virus of greed and corruption continuing to spread through sport.”

Taking place in New York City on the 3-4 November under the theme of ‘Accountability in Sport’, Securing Sport 2015 provides an international platform for key leaders and decision-makers from different sectors to come together to discuss and identify new ways to safeguard sport.

High-profile speakers at Securing Sport 2015 include:

As the fourth edition of the conference and the first taking place in the US, Securing Sport is set to address several issues and topics currently confronting sport, including: