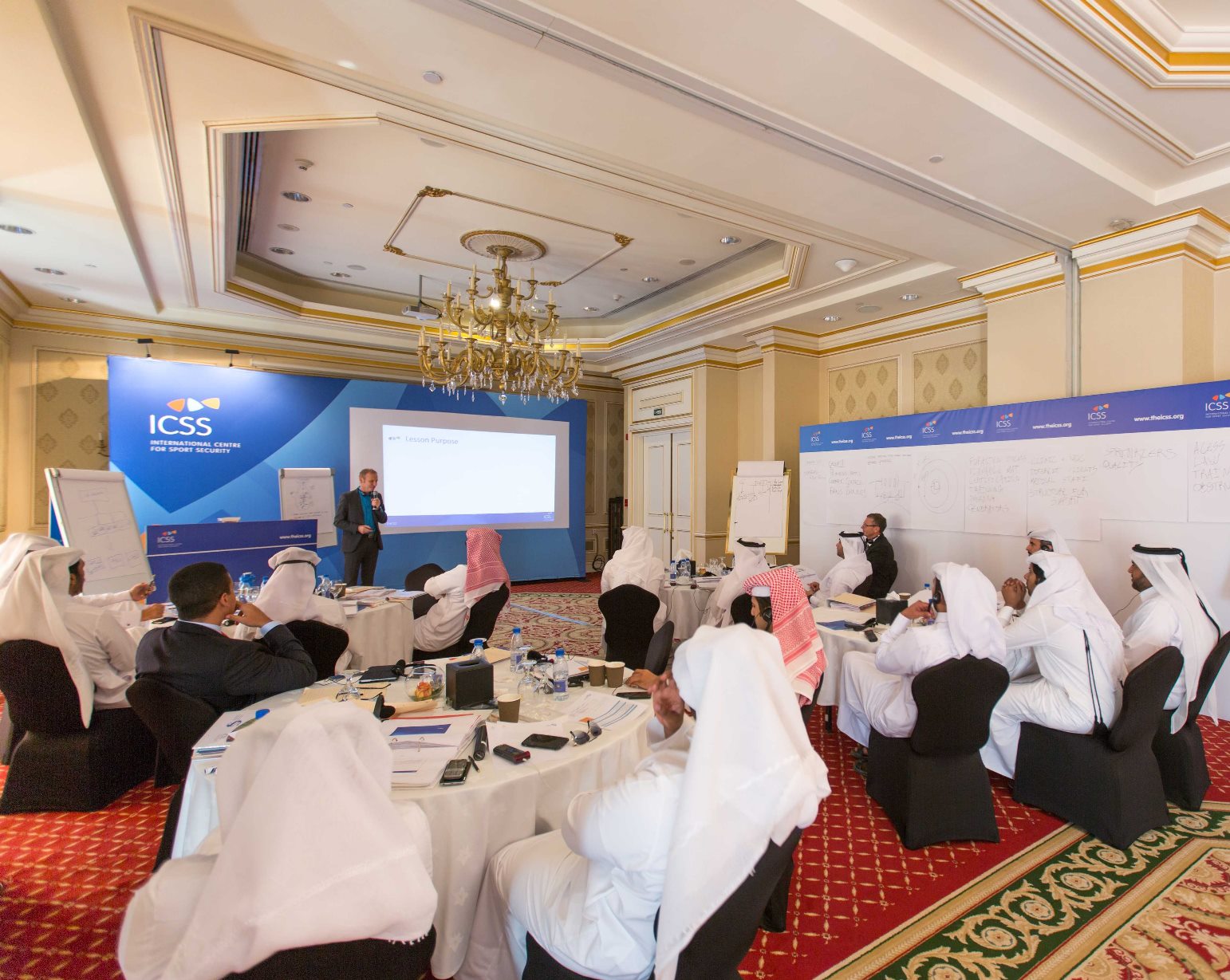 As part of its commitment to safeguarding sport, the International Centre for Sport Security recently completed a training course on Safety and Security at FIFA World Cups.

With the influx of tens of thousands of people, major sport events, including FIFA World Cups, require a substantial amount of planning and coordination between national, regional, and international authorities.

Governments, law enforcement agencies, intelligence, transport and police are all involved in securing a major sport event, making it an extremely complex operation.

With this in mind, the ICSS delivered a tailor-made training course that focused on outlining the requirements to deliver a safe and secure FIFA World Cup.

The course featured presentations, guided discussions, and innovative interactive activities by which groups were required to identify the safety and security issues that they thought would be the top priorities for future World Cups.

Major event safety and security has increased in importance in recent years. In response to this threat, the ICSS has developed short courses and a certification program in conjunction with the SRH Heidelberg University in Germany.