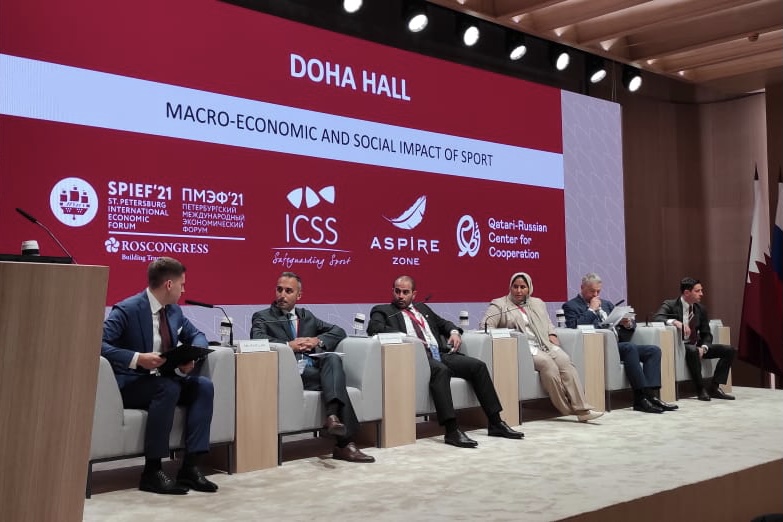 During the 24th St. Petersburg International Economic Forum (SPIEF) 2021 where the State of Qatar is being featured as a guest country, the International Centre for Sport Security (ICSS) highlighted the role of sport in driving social, economic, and infrastructural growth in one of the event’s panel discussions.

The ICSS and Aspire Zone Foundation (AZF) joined forces to co-organise a panel titled ‘Sport as a Catalyst of Macro-economic and Social Change’ where thought leaders and subject matter experts gathered to discuss how sport as a global multi-billion-dollar sector and the major sporting events have played a significant part in the development at a local and global scale.

During the session, the ICSS shared a case study ‘Business Case for the Purity of Sport’ developed by the ICSS, United Nations Educational, Scientific and Cultural Organization (UNESCO) and Sport Integrity Global Alliance (SIGA), which examines the political, economic, and social benefits of protecting the integrity of sport, and in particular the aspects of return on investment (ROI).

Sharing his view on the matter, Dr. Bahruz Balayev, Acting Director Legacy & Innovation, ICSS said, “The ‘Macro-economic and Social Impact’ session in itself is indicative of the significance and the growing understanding of sport as a major economic driver and the fact that many states today are also increasingly recognizing the importance of sport policymaking based on big data.”

The ICSS also will also take part in a panel discussion ‘Youth Building a New World’ during the Forum, where Dr. Balayev will speak about the work of Save the Dream, a global initiative of the ICSS which was established to empower youth through safe access to sport and its educational and social values.