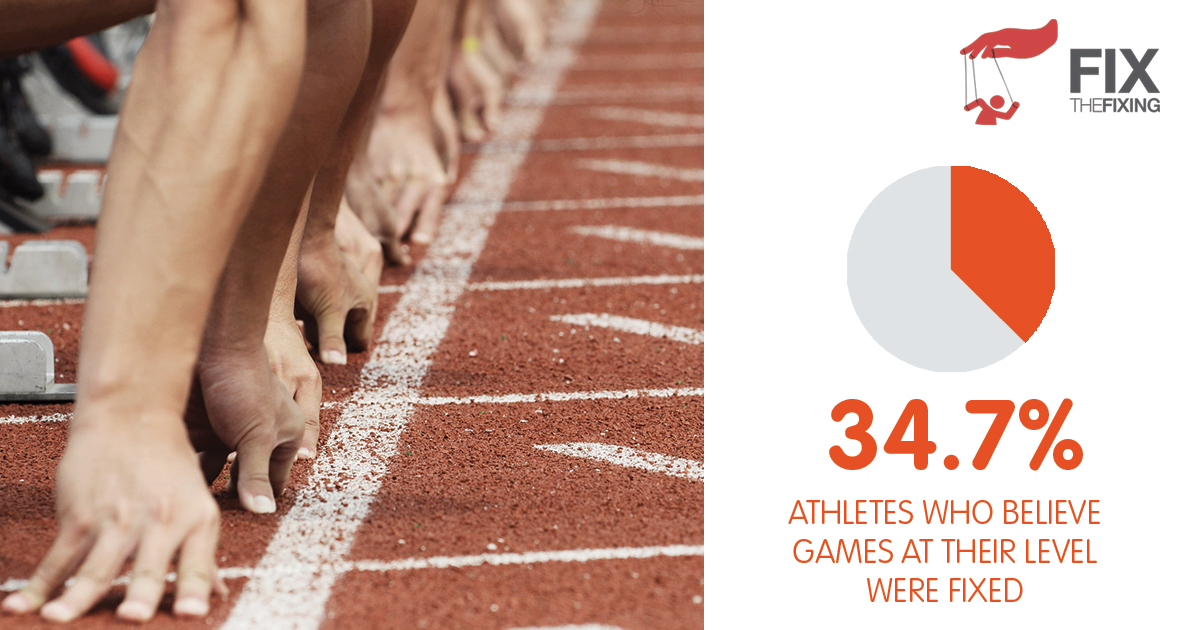 Preliminary results from a forthcoming research report by the FIX the FIXING programme revealed today show the growing concerns athletes have about match-fixing in their sport, as well as the significant risk that match-fixing represents to athletes around the world.

Revealed by ‘FIX the FIXING’, an Erasmus+ project coordinated by the Department of Physical Education and Sport Science of the Aristotle University of Thessaloniki (AUTH), the research study surveyed over 600 athletes in six European countries – including Greece, France, Austria, Ireland, the UK and Cyprus – about match-fixing and whether they have experienced it within their sport.

With the full report due to be released later in 2017, preliminary results from the survey showed:

• Nearly 34.7% of athletes believe that games in their level were fixed

• 12.6% of the athletes reported that they were aware that they had involved in a manipulated game.

In addition, early results also revealed that 15% of the athletes reported that they were approached within the last 12 month to fix a match, with the majority of athletes manipulating a game due to financial difficulties or ‘to make easy money’.

Results from the forthcoming report also highlighted the lack of trust shown by athletes towards the governing bodies, which would prevent athletes from reporting information about an incident of manipulation. 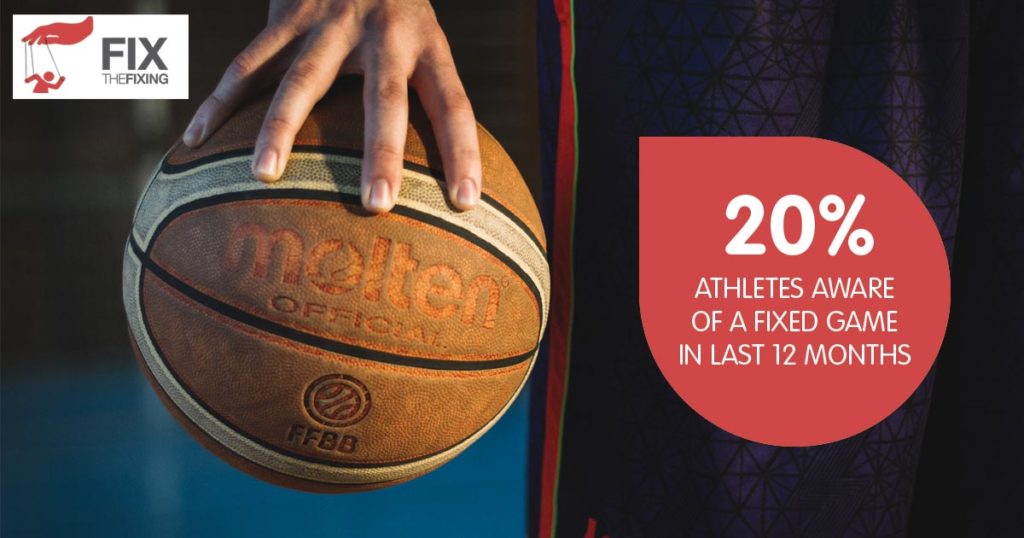 “The above findings show the extent of the phenomenon of manipulated games and highlight the need for immediate treatment through scientifically documented educational interventions”, says Vassilis Barkoukis, coordinator of ‘FIX the FIXING’ and Assistant Professor of Aristotle University of Thessaloniki.

“At FIX the FIXING, our stakeholders and research partners are using a scientific approach to developing innovative new educational tools to combat match-fixing. By developing a complete understanding of the problem by collecting data and conducting focus groups and surveys, we aim to develop tools that educate stakeholders across sport about the dangers of match-fixing, as well as range of prevention methods and techniques.”

As one of the partner institutions within the FIX the FIXING project, Ezechiel Abatan, Head of Research at ICSS INSIGHT, said:

“This data shows that match-fixing is still a major issue within European sport and demonstrates that more can still be done to educate and train athletes, as well as preventing and reporting issues to relevant authorities.”

“FIX the FIXING” is a research project designed to combat fixed games in all sports and at all levels. In the “FIX the FIXING” project, a team of scientists and stakeholders from 6 European countries with expertise in corruption in sports work together to develop an online educational material to prevent and combat match fixing.

The material will be able to be adapted and used by stakeholders including educators, trainers, policy makers both within and outside the EU. The training material will inform stakeholders and athletes about prevention strategies and interventions against match fixing.

The “FIX the FIXING” project is funded by the European Union and coordinated by the Department of Physical Education and Sport Science of the Aristotle University of Thessaloniki (AUTH). Also, the Queens University from Northern Ireland, the Limerick University from Ireland, the Austria’s Play Fair Code, the IRIS of France, the Cyprus Sports Organization, the Sport Integrity Hellas, the International Council for Coaching Excellence (ICCE) and the International Centre for Sport Security (ICSS) participate in the project.