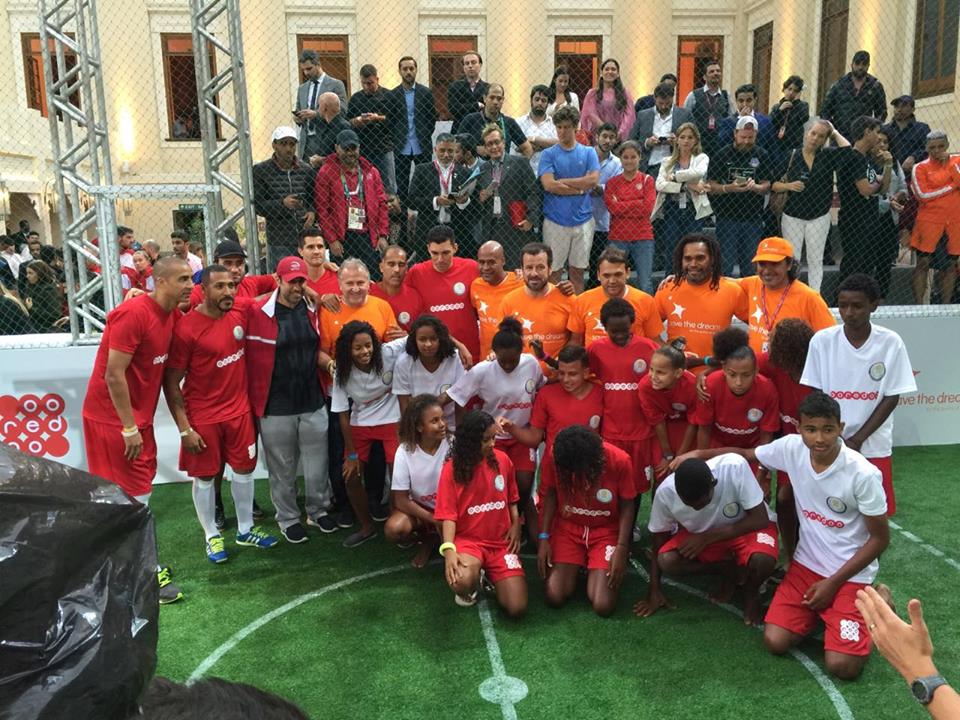 A publication documenting best practices on child protection within major sporting events will be presented by UNICEF Brazil and partners this week at a special two-day forum at British House and Bayt Qatar, gathering international experts, children’s rights organisations and government officials.

Taking place on 11th and 12th August – during the Power of Sports for Development: Building a Better Future for Children – the results of the publication “Agenda for Convergence: mega sporting events and children’s rights protection and adolescents in Brazil” will be presented to a special audience, which documents UNICEF Brazil and its partners’ work encouraging the prevention of violence towards young people during mega events.

Beginning in 2011, the initiative Agenda for Convergence, involved government organisations, NGOs and child protection experts across Brazil with the aim of helping young people during the FIFA Confederations Cup Brazil 2013 and 2014 FIFA World Cup.

Several child protection actions implemented in Brazil were developed in partnership with Save the Dream, an initiative of the International Centre for Sport Security and the Qatar Olympic Committee.

Lessons learnt during major sporting events are currently being applied during the 2016 Olympic Games in Rio de Janeiro and will serve as reference point to be applied within the next host countries.

The two-day conference, which takes place at British House and Bayt Qatar, is the result of a special partnership between UNICEF, Save the Dream, Bayt Qatar and British House.

As part of the event, high-profile experts and athletes will come together to discuss issues of child protection during major sport events and will include Ana Starling, National Secretariat for the Promotion of Rights of the Child; Irina Bacci, the Ombudsman for Human Rights and Dial 100 hotline Director; Cristiane Santana, Undersecretary of Social Development and Human Rights of the City of Rio de Janeiro among many others.

The application is free to download and aims to encourage people to report violations against children’s rights in Brazil to the relevant authorities and to empower members of the public to play an active role for the protection of children against violence.

On the 10th August, Save the Dream raised awareness on the importance of child protection through the organisation of a Football Match at Bayt Qatar today involving football legends such as Cafu, David Trezeguet, Christian Karembeu and Zico.

Proteja Brasil features will be presented during the conference through the panel “Technology, Media and Child Rights”. The panel will also address the initiative Dial 100 hotline – a human rights reporting tool maintained by the Brazilian federal government and Team UNICEF – Get Active for Children – a UNICEF engagement campaign that combines sports, technology and children’s rights.