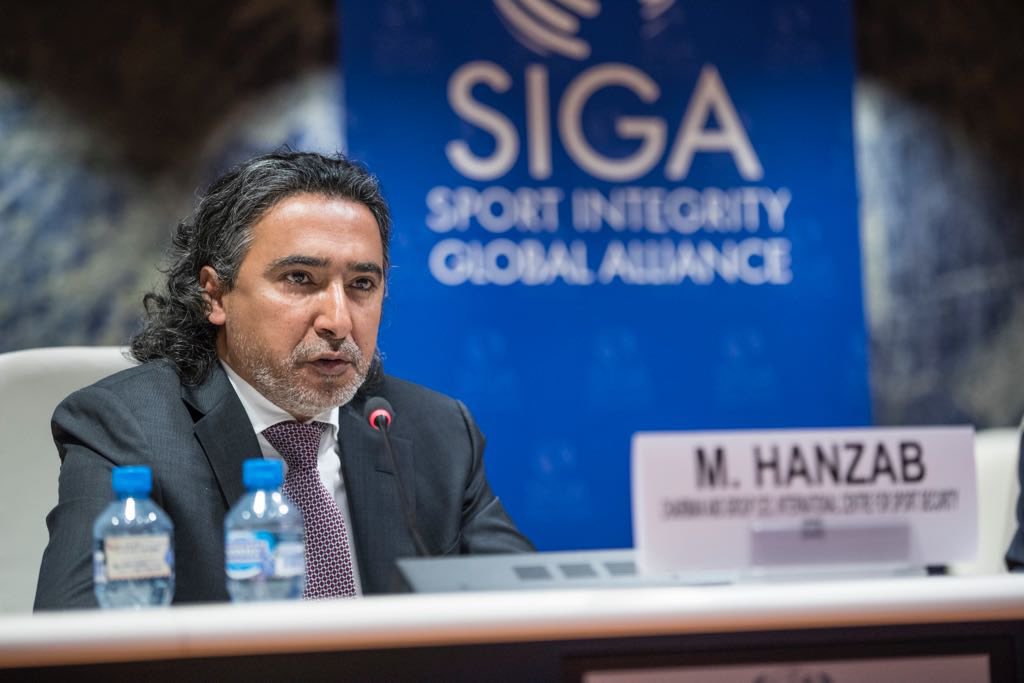 Mohammed Hanzab, Founder and Chairman of the ICSS, has been re-elected Vice Chairman of the Sport Integrity Global Alliance (SIGA) during the extraordinary electoral General Assembly held digitally.

Thirteen of the 14 member organisations taking part in the extraordinary electoral General Assembly voted for Hanzab to be re-elected as the Vice Chairman of the SIGA Global Council for the second term, following his initial election in 2018.

Hanzab’s re-election affirms his outstanding contribution in the progression and efforts of SIGA   since its inception in 2017 in leading the way for sport integrity worldwide.

Franco Frattini, Vice President of the Italian Council of State, and the Italian magistrate, was also re-elected as Chair of the of the SIGA Global Council by a unanimous vote of the 14 member organisations taking part in the extraordinary electoral General Assembly.

Densign White, CEO of the International Mixed Martial Arts Federation (IMMAF), was also re-elected as vice-chair, with 12 votes, and Alison Giordano, Vice President, Global Consumer Marketing & Sponsorships at Mastercard International, who also received 13 votes, has been appointed vice-chair and was elected to the Council for the first time representing global business

All will serve four-year terms through to 2025 in the independent international body aimed at providing global leadership, promotion of good governance and safeguarding the integrity of sport through a set of universal standards.

Mohammed Hanzab, SIGA Vice Chair, said: “I am very proud of this vote of confidence and trust. For me, this is even more important considering that there is more work ahead of us to bring about the necessary reforms.

I look forward to working with all members of the SIGA Global Council during the next four years to consolidate our previous and ongoing efforts to protect the integrity and good governance in sport.”

Franco Frattini, SIGA Council Chair, said: ” Once again we congratulate Mohammed Hanzab on his re-election, and express the wish that his second term will be as successful as the first.

COVID-19 crisis influenced the first term, but SIGA resisted and has always been able to follow its mission, flagging corruption and improving the awareness-raising for integrity in sports.

Diversity and inclusion are the keywords for the following term, as SIGA will build on the role of women in sport, on the opportunity to invest in the younger generations, and avoid leaving behind those who have disabilities.”