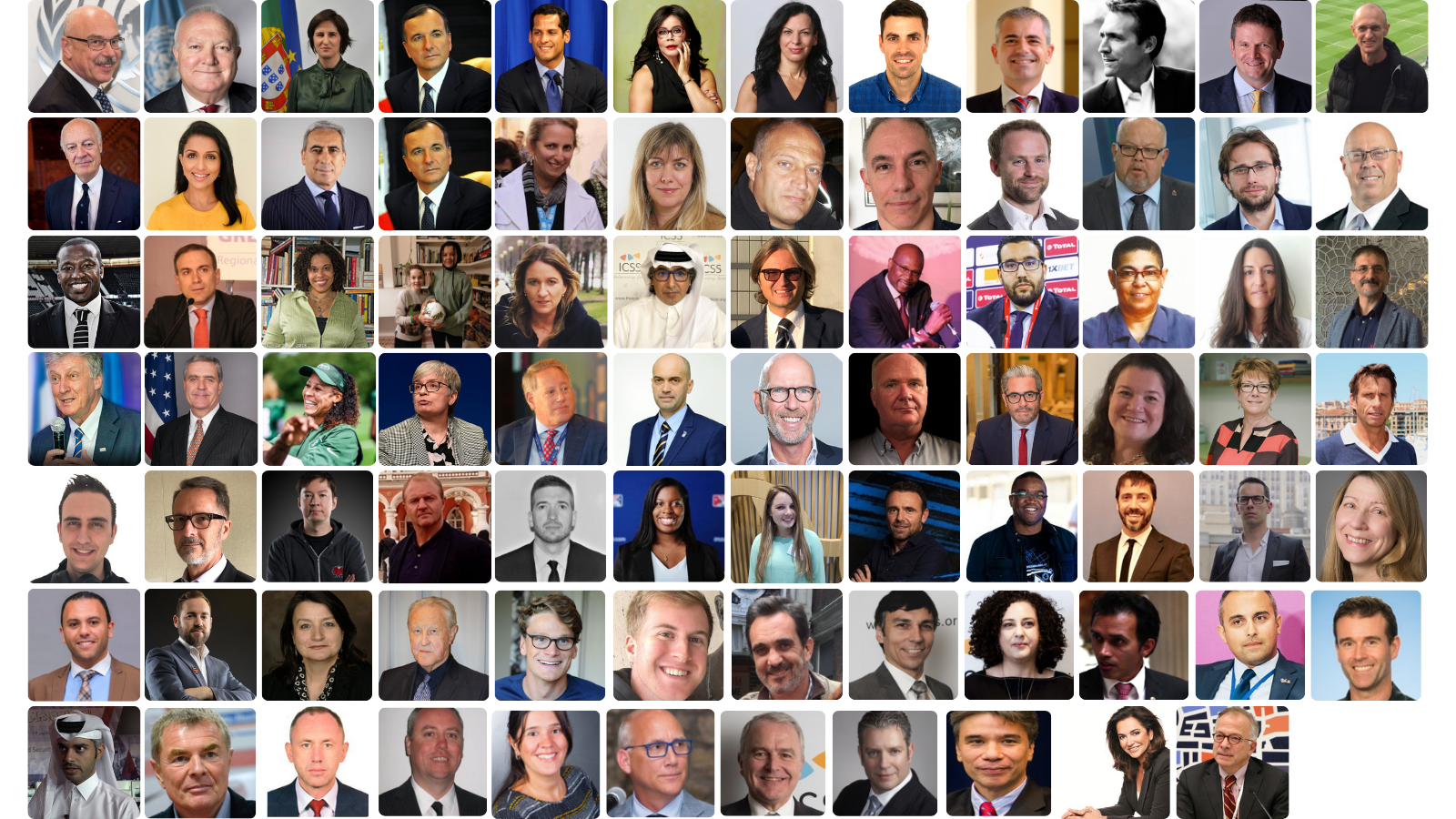 The virtually held event under the theme ‘Building Resilience in an Ever-Changing World’ saw leaders from international organisations, government, international and continental sport bodies, academia, and business come together to analyse both the current and future challenges facing the world of sport while addressing international approaches and ways to further strengthen multisectoral cooperation to enhance the safeguard of sport.

Among the main topics discussed during ‘Securing Sport’, were the future of sport in the context of COVID-19, the security legacy of major sporting events, the plague of corruption, the use of big data to counter the infiltration of organized crime into sports, the rise of eSports and technology, child protection, the issue of racism, the role of sport in regions in turmoil and the need to develop an international framework to regulate the use of private security in the context of major sporting events.

The event kicked off by Master of Ceremonies, Reena Ninan, Journalist and Founder of Good Trouble Productions and the high-level speaker lineup included, among others;

While day one focused on governance and policy reforms, day two and three brought experts from a range of institutions such as the International Labour Organization (ILO), INTERPOL, UNESCO, UNITAR, the Italian Antimafia, and Anti-Terrorism Directorate, the US Department of States’ Overseas Security Advisory Council (OSAC), FIFA, Geneva Center of Security Policy (GCSP), Confederation of African Football (CAF), Hamad Bin Khalifa University, eSport Integrity Commission and business sector stakeholders including ADIDAS, Visa, Inc., and Telemundo to discuss and design different roadmaps to translate the discussions held during the conference into actions in the course of 2021.

Securing Sport 2020 saw its conclusion on day 4 focusing on the youth matters in sport. Day 4 of the programme provided a platform for young people to share their insights on sport and discuss the main topics addressed by ‘Securing Sport’ from the youth leaders’ perspective.

“I was very proud and delighted that most of our allies were able to join us in this event. I can just thank them for their support towards our mission and for standing with us in this journey in safeguarding sport. I don’t know if we will ever bring the state of sport that is completely free of violence, corruption, or discrimination but, I know that we will never give up and will continue to ensure that there are no safe havens for those who try to transform and jeopardise its safety, security, and integrity.”

“The success of a conference is defined by its follow-up and by actions undertaken thanks to the ideas generated by the event. This also applies to ‘Securing Sport’ and our capacity to realize the views and recommendations we have received from our allies, including policy-makers, experts, and youth leaders, and our ability to effectively engage them into collective action. This is what we aim to report at ‘Securing Sport 2021.”