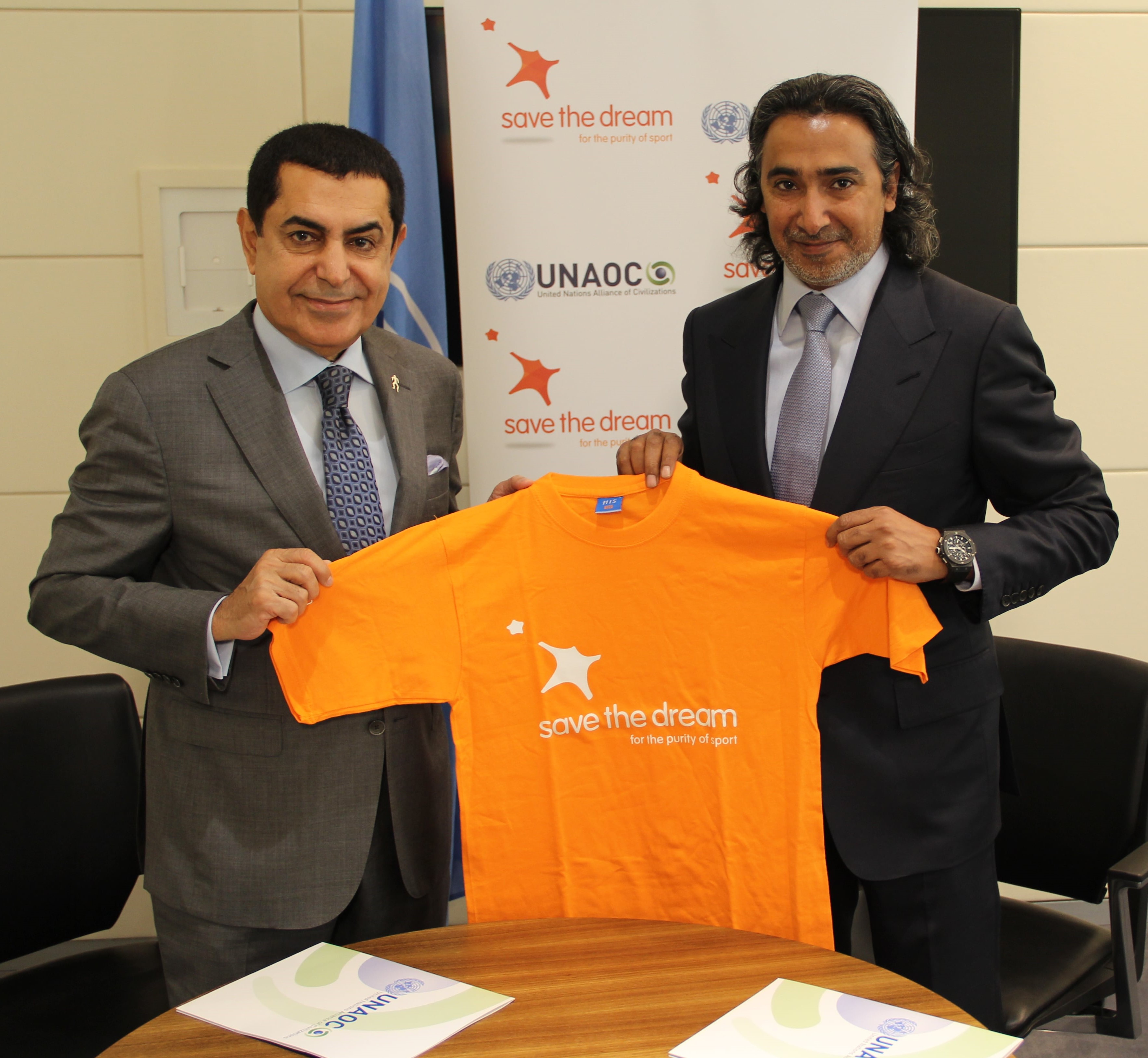 Following the Save the Dream session at the 7th Global Forum titled Sports for Peace, Sustainable and Inclusive Development, the new agreement will see the two organisations work together to develop joint projects – including education workshops, youth seminars and sport programmes – to help empower young people through the values of sport, promote inter-cultural dialogue and encourage better social inclusion and cohesion within society.

The signing is major boost for Save the Dream and follows on from an inspirational panel session this week, which saw several sporting champions share their experiences about how sport has changed their lives and what role it has played for them in promoting peace, breaking down barriers and encouraging inter-cultural dialogue between people and communities.

Aligned with the conference theme ‘Living Together in Inclusive Societies: A Challenge and Goal’, speakers, panellists included:

“We recognize that sports convey values such as discipline, sacrifice, solidarity, courage and ethics. They are more important than ever, particularly in the resolution of significant global issues. In joining forces with Save the Dream, sports will be further emphasized as a crucial mean to facilitate the peace and inclusion of societies.”

Mohammed Hanzab, President of the International Centre for Sport Security and Founder of Save the Dream, said:

“Sport has a unique ability to break down barriers and misunderstandings between people and communities. It promotes peace and unites and inspires many people – young and old – around the world.

“We are delighted to be working with UNAOC on such an important cause and would like to thank them for joining forces with Save the Dream and adding their internationally-recognised knowledge and expertise. With their support, we are determined to continue reaching out to more young people around the world through the power of sport and promoting inter-cultural dialogue between people and communities.”

“Sport brings together people from different social and cultural backgrounds, from grassroots right up to the elite level. Through the power of its values and its ability to break down social barriers and promote inter-cultural dialogue, it is the perfect tool to facilitate social inclusion amongst youth.

“Our partnership with UNAOC will further enhance Save the Dream’s growing global network, as well as furthering its ability to achieve our objective to promote peace and inspiring and empowering young people through the values of sport.”