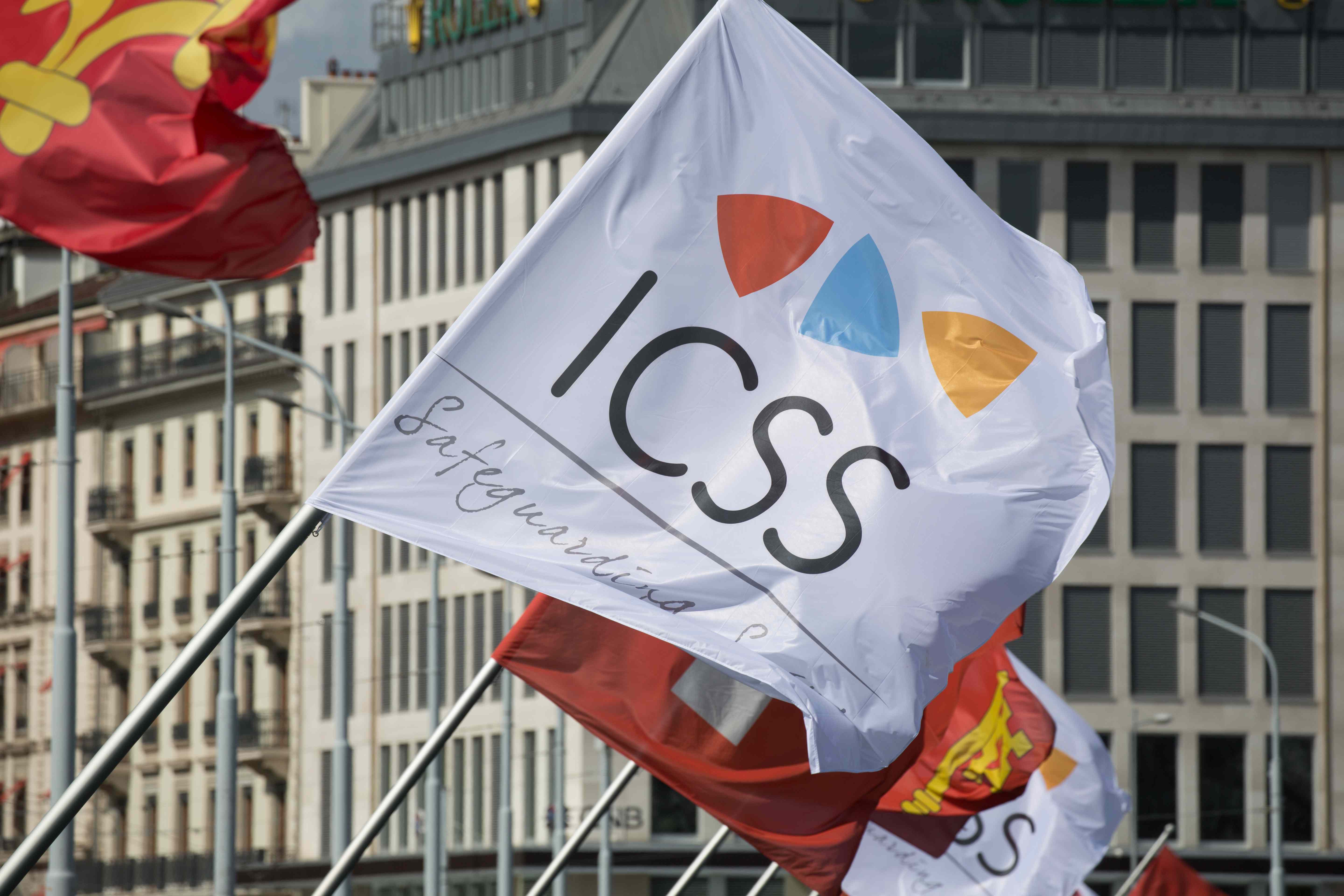 12 September 2017: To mark the opening of a new office in the city, the Republic and Canton of Geneva welcomed the International Centre for Sport Security (ICSS) – a leading global non-profit organisation working in sport safety, security and integrity – today by flying the ICSS flag on the Pont du Mont-Blanc in Geneva.

Created in 2010, the ICSS is an independent non-profit body that works with organisations from all sectors to enhance safety, security and integrity in sport and has brought together a range of top international experts and practitioners in their field.

As part of the welcome activities this week, Michael Hershman (ICSS Group CEO) visited senior officials and representatives in Geneva to finalise the move, which will see the ICSS transfer its European operations from London to Geneva, as well as several leading and internationally-recognised sport security and integrity experts from the ICSS relocate to Geneva.

Following the formal welcome by the canton, the ICSS is expected to complete its move to Geneva by later this year.

Speaking today of the ICSS’s move to Geneva, Mr Pierre Maudet, Geneva State Councillor and in charge of Security and Economy said the ICSS’ choice to establish its European headquarters in Geneva is “a real added value to Geneva’s international environment”.

He added that he “looks forward to seeing ICSS develop its full potential with the presence of so many international organisations, especially in the field of sports in the Geneva region.”

“Switzerland is the home to many of the world’s top organisations in sport – including international federations, sponsors and UN agencies. This move represents an important step forward in the further development of the ICSS.

“As a non-profit and international organisation dedicated to safeguarding sport, the ICSS and its experts are committed to providing expert training and advice, as well as pioneering new products and services to enhance safety, security and integrity in sport.

“By transferring our European operations from London to Geneva, this move brings the ICSS closer to key decision-makers and organisations at the heart of the sports industry and the ICSS looks forward to further supporting them in their security and integrity activities.”

“As home to over 200 international organisations, including the European headquarters of the United Nations as well as many other NGOs and organisations in sport, Geneva is the home of some of the world’s key influencers and decision-makers and was therefore a natural choice for the ICSS’s new European office.

“As an international organisation that works in sport, this move means the ICSS is now ideally positioned to work closer than ever before with our partners in Europe and would like to thank the Canton of Geneva for their warm welcome, as well as the full cooperation and assistance they have provided in opening the new ICSS office in Geneva.

“As a result, we look forward to working closely with officials in Geneva to further expand our existing portfolio of clients and international partnerships with leading international organisations, governments, law enforcement agencies, governing bodies and other NGOs, as well as enhancing our proactive efforts in the fight to protect sport from the many security and integrity challenges it now faces.”